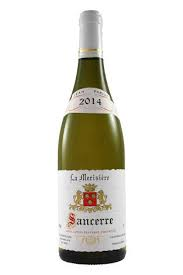 Sancerre is a small wine district in central France, famous for its crisp, aromatic white wines made from Sauvignon Blanc. The vineyards here surround the eponymous town, which sits atop a bean-shaped hill overlooking the river Loire Valley.

Brilliant pale yellow. Pleasant nose of grapefruit and citrus zest with a floral touch. Very fresh, structured palate revealing more of the nose aromas with a trace of crispness. An elegant, vibrant and harmonious style that works best with premium fish.

Selected by the Gilbert & Gaillard Wine Guide, with the mark 92/100) Gold Medal at the Concours des Feminalise 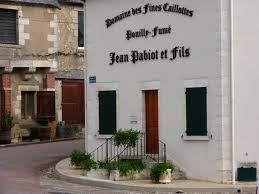 The classic Sancerre wine is white, bracingly acidic, and has pungent aromas of gooseberries, grass, nettles, and a hint of stony minerality. Richer, riper examples – particularly those from warmer, west-facing sites with chalky soils – often show fruitier notes of passionfruit and lemon peel. Sancerre is typically less ‘obvious’ than the most famous New World styles of Sauvignon Blanc.

It is only since the mid-20th century, and the creation of a protected Sancerre appellation, that the town’s name has been so strongly associated with white wines.

Until phylloxera wiped out vast tracts of vineyard in the 1860s, the vineyards here were planted mostly with red-wine varieties such as Gamay and Pinot Noir. When the solution to the phylloxera epidemic was identified (grafting European vines onto American rootstocks) Sauvignon Blanc vines proved more responsive in this pristine area, more so than other varieties. Thus Sauvignon came to be Sancerre’s most widely planted variety – a development without which the district and its wines would probably not be as famous as they are today.

Sancerre is located at the very eastern edge of Loire Valley’s main vineyard area, hundreds of miles from the region’s westernmost vineyards. It is in fact closer to the Cote d’Or in Burgundy than to the Loire’s other key wine districts, Anjou and Touraine. Just 50 miles away lies Burgundy’s northernmost district, Chablis, whose famous Kimmeridgian soils are also a feature of the terroir here in Sancerre.

Sancerre’s strong historical reputation – coupled with the appeal of its wine style to modern wine consumers – has allowed Sancerre to retain its status as the Loire Valley’s “King Of The Hill”.100% Sauvignon Blanc grape variety is used. 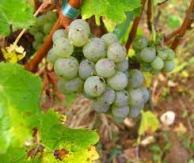